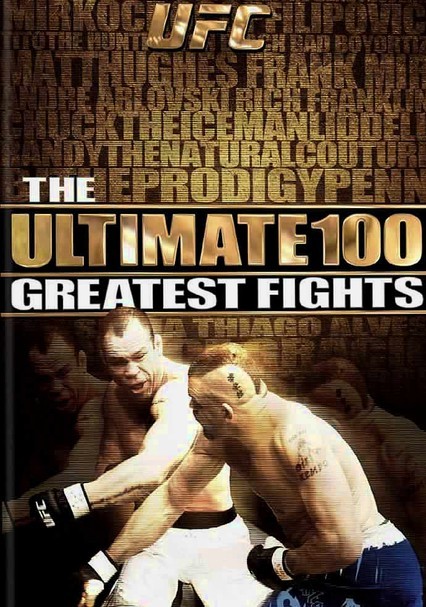 2009 NR 3h 21m DVD
Relive the best mixed martial arts beatdowns the Octagon has ever seen in this collection of fan favorites drawn from more than a decade of Ultimate Fighting Championship history, including action between Royce Gracie and Ken Shamrock in UFC 1. Also included in Vol. 7 is UFC 65: St-Pierre vs. Hughes, Ultimate Fighter 6 Finale: Huerta vs. Guida, UFC 82: Silva vs. Henderson, UFC 47: Liddell vs. Ortiz, and Ultimate Fighter 9 Finale: Sanchez vs. Guida.