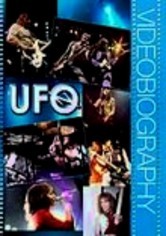 2007 NR 1h 0m DVD
Packed with performance footage, reminiscences from the band members and interviews with others close to them, this documentary explores the history and music of British hard rockers UFO. The band, which rose to fame in the 1970s, has been named as an influence by monster rock acts such as Iron Maiden, Megadeth and Metallica. Catch UFO in the studio and in concert, and get the lowdown from insiders who shed light on their lasting impact.