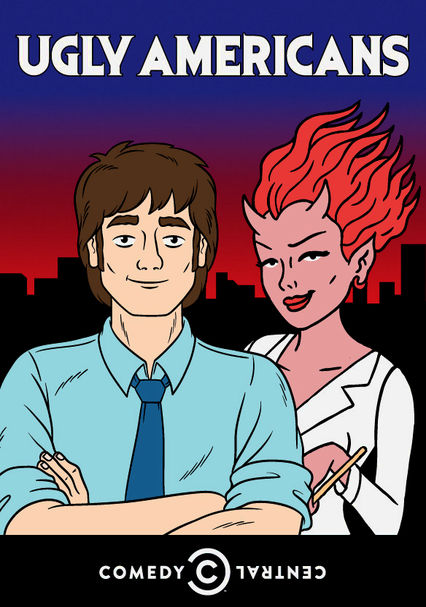 2010 TV-14 1 season
In a New York City neighborhood chockablock with mythical creatures -- from vampires and werewolves to mermaids and fairies -- civil servant Mark Lilly is assigned the unenviable task of "humanizing" them in this Comedy Channel animated series.

This wildly inventive Comedy Central animated series centers around the life of Mark Lilly, a Manhattan-based civil servant charged with helping vampires, werewolves, fairies and other fantastic creatures become productive members of society. As if his job weren't tough enough, Lilly also has to deal with his freshly zombie-fied roommate, Randall Skeffington, his demonic boss and lover, Callie Maggotbone, and other nightmarish beasts.

Parents need to know that this adult-oriented cartoon relies on shock value and sexual humor for laughs, making it an iffy choice for older teens who might glean some questionable messages from its admittedly ridiculous premise. Expect lots of crude language and visuals, including characters who say "suck my balls" and defecate on police officers, and others who rip their faces off and eat brains -- although the strongest language (including words like "c--k") is bleeped. Alcohol and sex are also a regular part of the storyline.

Mark is having an affair with his boss, and the pair often kiss and make out in bathroom stalls, with implied sex (although no sensitive body parts are shown). Other characters tongue-kiss and talk about "bangin'" or getting "laid," etc.

Some pretty gross stuff (even though it's animated), including zombies ripping their faces off, or losing limbs, etc. Cartoonish violence includes kicking, punching, etc.

There's an overarching message that everyone deserves equal treatment -- including zombies and demons -- despite outward appearances. But the show's focus on other takeaways, like the fact that you should "never make life decisions with a hard-on and a fifth of tequila" make that a pretty moot point.

The show spoofs popular brands with signs for Blood, Bath & Beyond (Bed, Bath & Beyond), Barnes & Evil (Barnes and Noble), Sin-a-Bon (Cin-a-Bon) and Brim-Stone Blasphemery (Coldstone Creamery). Other brands are occasionally mentioned by name, like Wendy's.

Most characters drink alcohol (and some do it secretly at work), and the main character and his roommate hang out regularly at a nightclub.