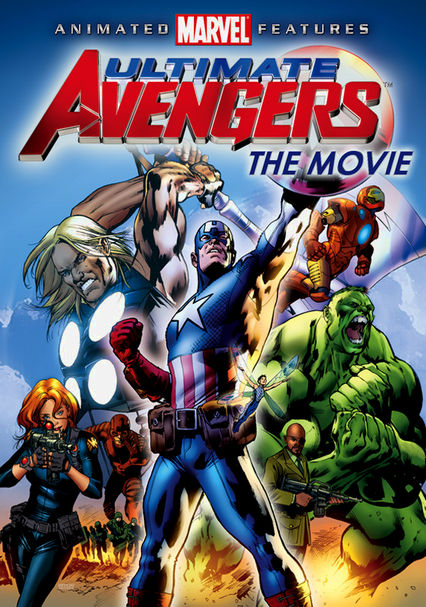 2006 PG-13 1h 11m Blu-ray / DVD
With an alien force threatening Earth, the military thaws Captain America out of the ice he's been frozen in for 60 years, whereupon he assembles a dream team of superheroes -- Iron Man, the Hulk, Thor, Wasp and Giant Man -- to save the world.

Parents need to know that Ultimate Avengers: The Movie is an animated feature, released straight-to-DVD in 2006 and contains many similarities to the 2012 live-action feature film, but also some differences. It has medium-level fantasy violence, with lots of fighting (and some shooting); characters get wounded, but there's very little blood. Female characters wear sexy, revealing clothing and there's some flirting and jealousy. Language is mild, including "damn" and "hell." Some characters drink in more than one scene, and their behavior may lie on the border between social drinking and problem drinking. Teens with serious Avengers fever may want to see this; it doesn't have anything any more or less objectionable than the theatrical release.

Natalia dresses in sexy, revealing clothing throughout and uses her feminine wiles to flirt with a character to get what she wants. Tony Stark flirts with various women. Two of the characters are married, and they briefly show jealousy. Captain America carries a flirty picture of a woman he loves.

The movie culminates in a violent fantasy battle with very little blood. The heroes battle aliens (some of the images of the aliens are a little scary). But the worst comes when the heroes must stop the Hulk; the fighting is a lot more potent, with more injuries and painful-looking falls. Additionally, characters argue and threaten, and weapons are fired. There are brief images of war.

"Damn" and "hell" are used once each, plus words like "sucks."

Characters learn to get over their selfish ways and embrace teamwork and helping others. This does not go smoothly for all, but everyone does try their best.

It is very subtly implied that Tony Stark may be on the verge of a drinking problem (in the comics, his character becomes an alcoholic for a time), but in this movie, he is merely shown sitting near a table with a bottle and a glass, looking glum. He is also seen drinking socially. Thor guzzles "mead" from a giant mug, but does not seem affected by it. (He lets out two big burps.) A scene takes place in a bar, with various background characters drinking. Additionally, Bruce Banner must take unnamed "meds" to control his anger, and he experiments on himself with various (fictitious) drugs.