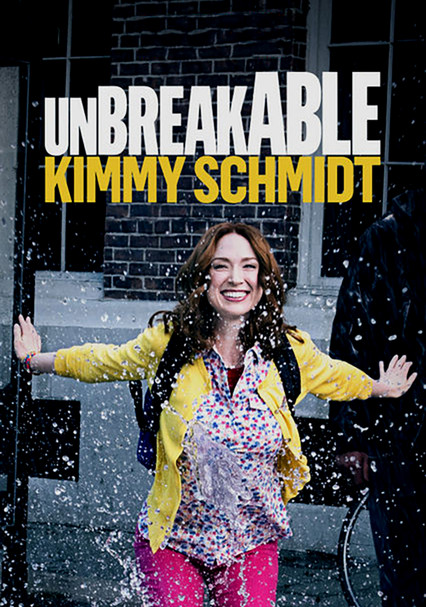 2015 TV-14 2 seasons
From "30 Rock" executive producers Tina Fey and Robert Carlock comes this hilarious comedy series starring Ellie Kemper ("The Office," "Bridesmaids") as a woman who is rescued from a doomsday cult and starts life over as a nanny for a socialite (Jane Krakowski from "30 Rock") in New York City. Armed with just a backpack, light-up sneakers and a couple of past-due library books, she takes on a world she didn't think even existed anymore.

Rescued from a doomsday cult at age 29 -- after being held captive for 15 years -- Kimmy Schmidt decides to restart her life in New York City. Before long, she lands a job attending to the needs of the superrich Voorhees family.

Now that Kimmy has caught up with the culture that left her behind when she was held hostage for more than a decade, it's time for her to take a close look at her personal life -- including her relationship with the now-married Dong.

Kimmy's experiences suggest that positivity and determination can triumph over any adversity, but the show takes a lighthearted tone with serious issues such as abduction and victimization to push its comedy. Racial comedy and some stereotyping.

Adults drink socially and at bars. In at least one scene, underage drinking leads one teen to get drunk and sick.