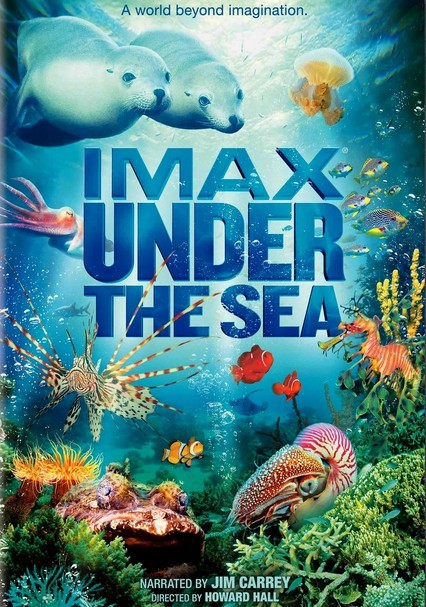 2009 G 0h 41m Blu-ray / DVD
Dive in and explore some of the most captivating and complex underwater ecosystems in the world -- including those found off the South Australia coast, the Indo-Pacific region and New Guinea -- with this visually stunning IMAX documentary. Helmed by Howard Hall, the arresting film brings viewers face to face with many of the planet's most fascinating creatures and examines the impact global climate change has had on the world's oceans.

Parents need to know that the filmmakers have minimized the predator-prey relationships in this 3D nature documentary: Even though there's vivid evidence of the food chain at work, those few scenes are presented gently, as part of a natural process. Similarly, the mating behavior that's shown is treated with simple respect. It's worth noting that since the experience of watching a 3D movie brings images very close to your eyes, small children may need some introduction to the concept before watching.

Only as it apples to the mating and reproduction of cuttlefish.

Although big fish eat little fish and turtles eat jellyfish, the filmmakers don't dwell on the cruel or gory aspects of nature.

Paints a clear picture of a complex issue for children by offering a gently cautionary look at the effects of climate change and global warming, with references to specific endangered sea creatures.