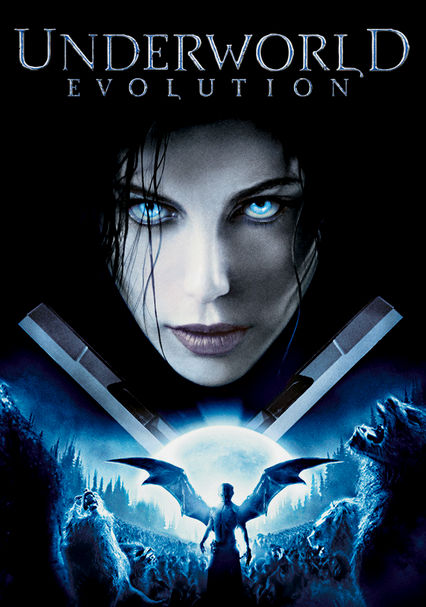 2006 R 1h 46m Blu-ray / DVD
Working together to expose the truth about their bloodlines, vampire warrior Selene and werewolf hybrid Michael learn the backstory to the ongoing conflict between the patrician Death Dealers and the barbarous Lycans.

Parents need to know that this film features incessant, stylized, and graphic violence. Modes of death and injury include decapitation, disembowelment, dismemberment, piercing, crossbowing, impaling, chopping, and shooting, as well as slamming with trucks and jeeps, massive fiery explosions, biting and ripping with fangs, digging into chest cavities, and penetrating limbs, torsos, and heads with spearlike wingtips. Motivations include vengeance and power-madness. Selene uses a truck to slam a vampire into a mountainside repeatedly, a chopper with whirring blades serves to splatter a villain excessively. A sex scene features slow motion naked bodies in softlit profile. Some drinking in a tavern, some blood-drinking in a wineglass, smoking in the background of a couple of scenes; one scene features explicit vomiting. Characters curse occasionally ("hell," s-word, and f-word, one rendered in subtitle).

Several uses of s-word; two f-words (one in subtitle).

Vampires and werewolves hate and destroy each other; one power-mad, hugely strong and winged vampire wants to run the world.

Brief drinking in tavern; one vampire drinks blood in a wine glass; some smoking by supporting characters.