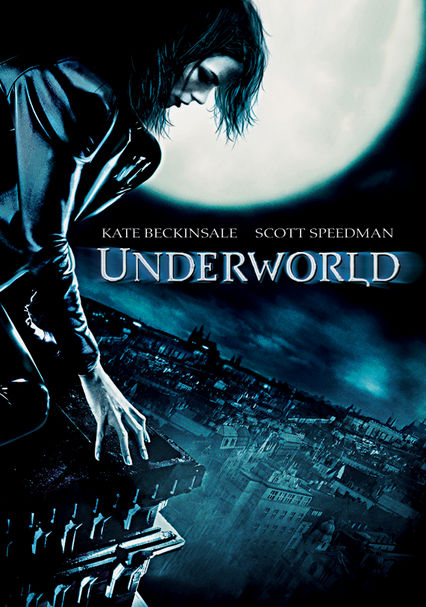 2003 R 2h 14m Blu-ray / DVD
Vampire warrior Selene suspects that her mortal enemies, werewolves known as Lycans, are targeting a human named Michael. As she shadows Michael, she finds herself falling for him -- even after he's bitten by a Lycan.

Parents need to know that this is a dark, violent horror movie about battles to the death between vampires and werewolves. Non-stop action results in one grisly scene after another. The film contains countless bloody killings, decapitations, impalements, up-close vampire fang attacks, gun battles, point-blank shootings, and numerous gory transitions from human form into monstrous animal creatures. A few strong words are sprinkled throughout ("sonofabitch," multiple uses of "f--k," "s--t," "Jesus Christ"). Some characters smoke cigarettes, and it's unclear whether vampires shown in a social setting multiple times are drinking red wine or blood.

There is an underlying sexual tension between the males and females of the species, but no overt sexual behavior other than the traditional blood-sucking that vampires utilize.

Language is rare, but strong, including "f--k," "s--t," "sonofabitch," and "Jesus Christ" as an exclamation.

Even during mythological blood feuds between super-powerful, violent species, there is a code of ethics to be followed and it's hopeful that good will triumph over evil.

Some characters smoke cigarettes. Vampires at home in an elegant parlor are shown drinking red liquid during several scenes. It's unclear whether it is wine or blood.