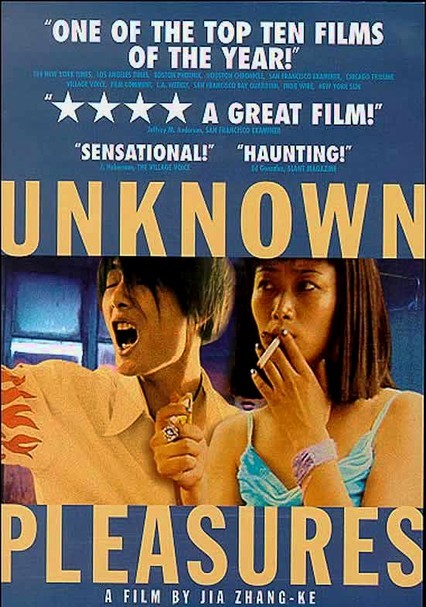 2003 NR 1h 53m DVD
In a small, impoverished Chinese city in the remote Shanxi province close to the Mongolian border, two 19-year-olds, Bin Bin and Xiao Ji, are heavily influenced by American culture and the shifting prospects of their own immediate pleasure. They drink Coke, chain-smoke cigarettes, covet U.S. dollars, talk excitedly about Hollywood movies such as Pulp Fiction and dance to Western-style music at the local club. Think a Chinese version of Slackers.