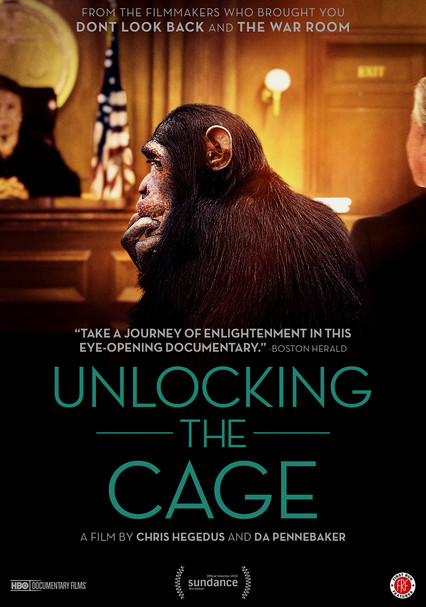 2016 NR 1h 31m DVD
Unlocking the Cage follows animal rights lawyer Steven Wise as he tries to break down the legal wall that separates animals from humans. Arguing that cognitively complex animals such as chimpanzees, whales, dolphins and elephants deserve to be treated as sentient, self-aware and autonomous beings, Steve and his legal team are making history by fighting to transform a chimpanzee from a "thing" with no rights to a "person" with limited legal protections. This riveting film captures a monumental shift in our culture as the public and judicial system show increasing receptiveness to Steve's impassioned arguments.