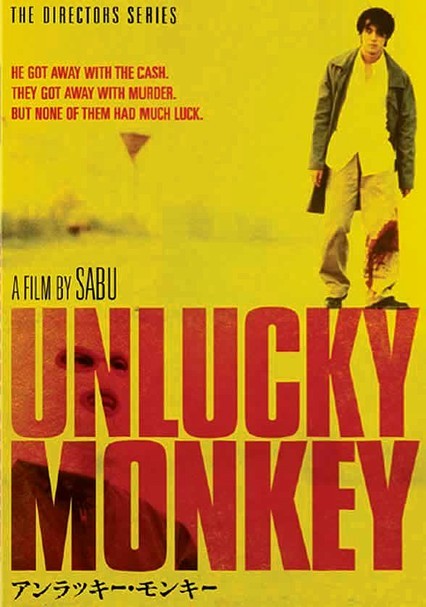 1998 NR 1h 46m DVD
Bungling a bank robbery turns out to be a profitable mistake for Yamazaki (Shin'ichi Tsutsumi), an amateur crook who ends up with 80 million yen after a string of improbable accidents. But having so much cash doesn't make his life is any easier. In fact, it gets much more complicated when Yamazaki stabs a hairdresser by mistake and instantly becomes a hunted fugitive. He's just one unlucky monkey -- but can he turn his luck around?