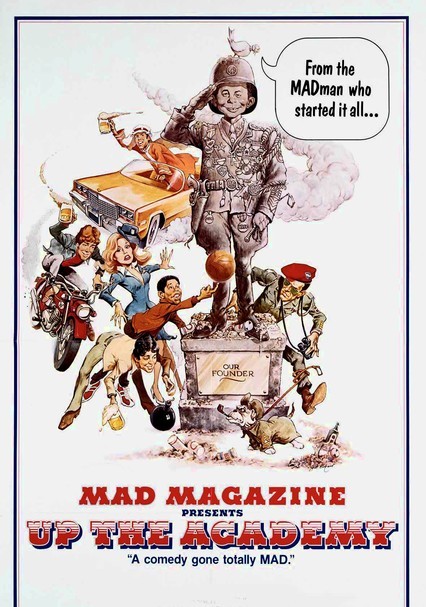 1980 R 1h 27m DVD
Before he waxed on (and off) as the Karate Kid, a young Ralph Macchio appeared in this uproarious adolescent comedy about a group of mischievous military school misfits forced to suffer under a sadistic headmaster (Ron Leibman). Directed by the independent-minded Robert Downey Sr., the film features Barbara Bach as a gun-toting armaments specialist and Tom Poston as an instructor who loves bed checks.