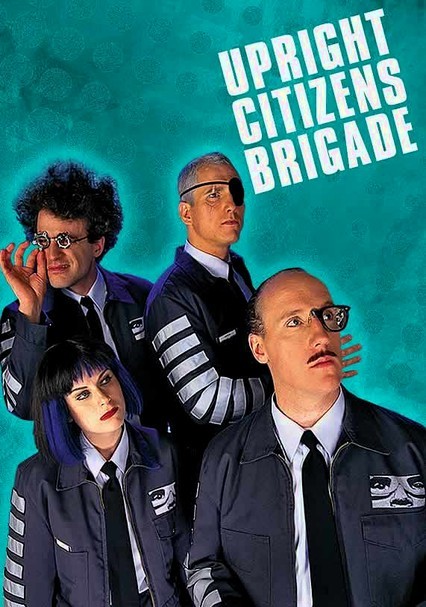 The Upright Citizens Brigade is an improvisational comedy troupe that made such an impression on the improv circuit that Comedy Central handed them their own progressive sketch-comedy show. All the wacky episodes from the first season are included here. A Girl Scout befriends the Unabomber, a frat boy woos the Lady of the Lake, UCB repairs their cyborgs and more. The cast includes Amy Poehler, Matt Besser, Ian Roberts and Matt Walsh.

The Upright Citizens Brigade -- Adair (Matt Besser), Colby (Amy Poehler), Antoine (Ian Roberts) and Trotter (Matt Walsh) -- rescue the world from the mundane with a second season of sketch comedy. Skits feature Nikola Tesla taking on Thomas Edison in the boxing ring; an unconventional alternative to plastic surgery; the face of Jesus in a plate of spaghetti; and a picked-on boy whose revenge involves a monster summoned from flatulence.