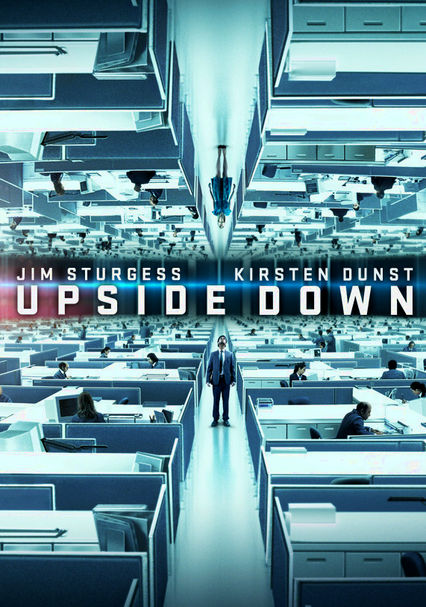 2012 PG-13 1h 44m Blu-ray / DVD
Adam lives on a poverty-stricken world, while Eden is from its affluent twin planet, and their love sparks an interplanetary incident. Social stigma, family and government forces work to keep them apart, but they'll stop at nothing to be together.

Parents need to know that Upside Down is a sci-fi romance set on another world. Violence is the biggest issue, though it's still fairly light: Expect a few shootouts, minor injuries, and a character being abducted and beaten up off screen. A dead body is also shown in an early scene, and a character tells how he was orphaned due to an explosion at an oil plant. Main characters kiss, and it's implied that they have sex (the woman becomes pregnant). There's no language other than one use of "God" and a middle finger gesture. A central character smokes a cigar. While the movie's visuals are impressive, the storytelling is subpar, so it's likely that only the most die-hard teen sci-fi fans will be able to enjoy the film.

The two main characters kiss several times. In the final scene, the woman informs the man that she's pregnant. This implies that they've had sex at some point, though no nudity or sex is actually shown.

A dead body is shown in an early scene. A few scenes of guns and shooting. The main characters are wounded, though not seriously hurt. The main character sports a bloody cut over one eye. He's also abducted by a carload of thugs, beaten up, and dumped in an alley. In a back story, the main character explains that he was orphaned due to an explosion in an oil plant.

"God" is spoken once. A middle finger gesture is used.

The movie takes place in a society wherein one group of people assumes superiority over another group. A small number of people disagree with this idea and try to change it in a positive way, without violence.

A central character smokes cigars. The main characters drink a special kind of blue drink from a cocktail glass, though it's not clear whether it's alcoholic. (No intoxicating effects are shown.)