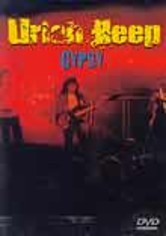 2002 NR 1h 0m DVD
Uriah Heep's progressive heavy metal sound made the British band one of the most popular hard rock groups of the 1970s. The boys are still at the top of their game in this live 1985 concert at the Camden Palace in London. Tracks include "Sell Your Soul," "Stealin'," "The Other Side of Midnight," "Gypsy," "Bad Blood" and more. (Incidentally, Uriah Heep is the wicked clerk of Mr. Wickfield in Charles Dickens's classic novel &NFiDavid Copperfield&NFi_;.)