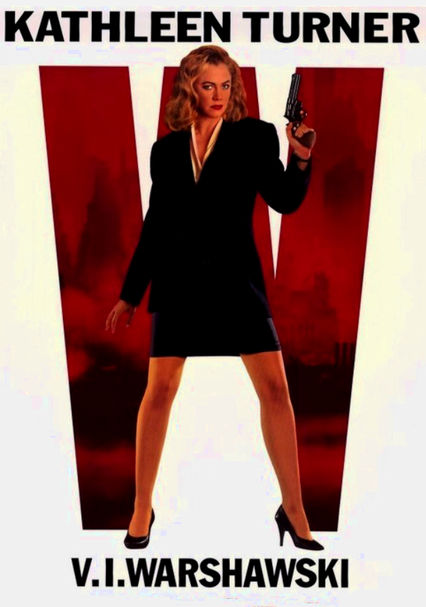 1991 R 1h 29m DVD
In this hardboiled whodunit based on a series of mystery novels by Sara Paretsky, Kathleen Turner stars as the title character -- a high-heeled Chicago gumshoe hired by 13-year-old Kat Grafalk (Angela Goethals) to hunt down her father's killer. But the salty shamus and the smart-aleck teen soon discover that the trail to the murderer is strewn with some of the Windy City's sleaziest characters. Charles Durning shines as a paternal cop.