Val Lewton: Cat People / The Curse of the Cat People 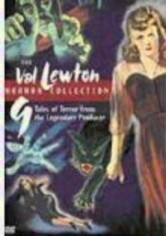 Val Lewton: Cat People / The Curse of the Cat People

Parents need to know that children may be concerned about Mrs. Farren's delusions and how upsetting they are for her daughter. They should know that most old people are fine, but that some have an illness that makes them forgetful.