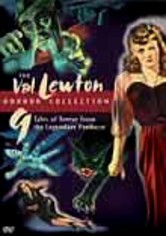 1943 NR 2h 15m DVD
In The Leopard Man, a series of maulings are blamed on a nightclub singer's runaway leopard -- but is the beast really the culprit? In The Ghost Ship, a sailor tries to warn his shipmates that the vessel's captain is a madman.