Vampires: The Story of the Vampire in Myth and Reality 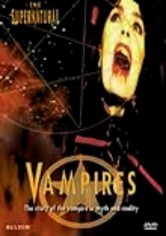 Vampires: The Story of the Vampire in Myth and Reality

2000 NR 0h 50m DVD
Once Bram Stoker chronicled the horrifying story of the legendary vampire known as Dracula, the fanged iconic character became the popular subject of books, film, television and even creepy real-life encounters. Descend into the world of the bloodsucking fiend with this attempt to expose the truth behind the fiction, featuring expert commentary from Dr. Les Prince of Birmingham University and dramatized eyewitness experiences.