Van Wilder 2: The Rise of Taj 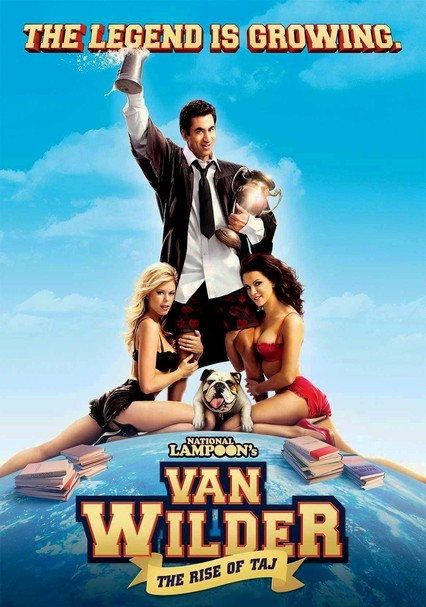 Van Wilder 2: The Rise of Taj

2006 UR 1h 37m DVD
National Lampoon's crazy college antics live on when Van Wilder's best buddy, Taj, crosses the pond to attend Camford University, where he shakes up the stiff Brits with his irresistible, party-animal style -- which he learned firsthand from Van.

Parents need to know that in terms of sex, language, and general overall crudeness, this is one of the worst movies ever made ... which is exactly why a lot of teens will probably want to see it. Much of the comedy revolves around sexually related dialogue and jokes (related to intercourse, oral sex, etc.), as well as some partial nudity (men's butts and women's breasts). Plenty of partying, irresponsibility, and all-around bad behavior tops it off.

Oy, where to begin? Characters have crude (and oral) sex in an airplane bathroom. References to "doing" people, erections, and just about every other crude sexual comment. Extreme cleavage and tight outfits on scantily clad women (and guys ogling them). Some nudity (men's bare butts, women's bare breasts). A dog has large testicles. A parent opens a door and nearly interrupts his son having sex.

Some slapstick comedy involving drinking, a sword fight, a paintball battle, and a near miss with a car.

Characters have varying degrees of very bad attitudes and behavior, including drinking, ogling women, and goofing off in college.

Hot sauce and beer figure heavily in the plotline.