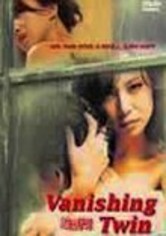 2000 NR 1h 57m DVD
A grieving Yu-jin (Su-Won Ji) can barely function when she learns that her long-lost twin sister has committed suicide -- and the indifference of her family strikes her as suspicious. Setting out on a crusade to get to the bottom of the mystery, she discovers that someone has adopted her dead sister's online identity. But just who is this mysterious stranger? Tae-yeong Yun directs this South Korean thriller.