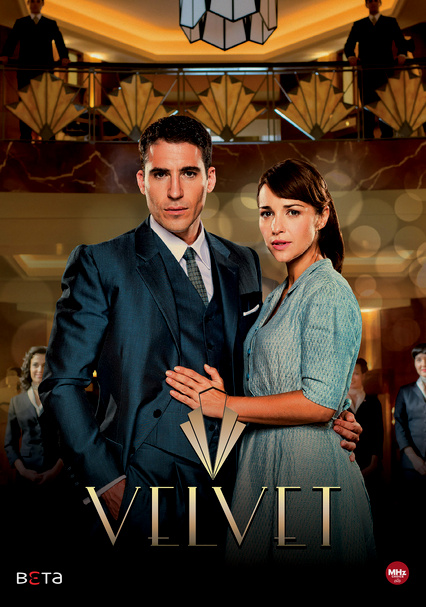 2014 NR 18 discs
Spain's sexy, hit television series takes you to the golden age of haute couture - late 1950s Madrid - where silk, sensuality and seduction flourish in a store where everyone would like to shop at least once. Velvet Galleries is an Art Deco palace, a place of dazzling luxury and glamor. What shoppers don't see, however, is the love story unfolding in the Galleries between humble dressmaker, Ana, and Alberto, the owner's son and heir apparent.