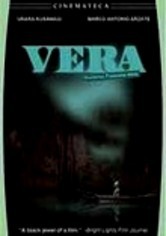 2003 NR 1h 26m DVD
When Juan (Marco Antonio Arzate), an older man of Mayan heritage, becomes trapped in a cave after a mining accident, a blue-skinned woman (played by famed Japanese Butoh dancer Urara Kusanagi) guides him on a journey into the spirit world. As Juan embarks on his voyage, the screen bursts with religious imagery and stunning cinematography. The result is a film that redefines narrative, using minimal dialogue and maximum images to tell its story.