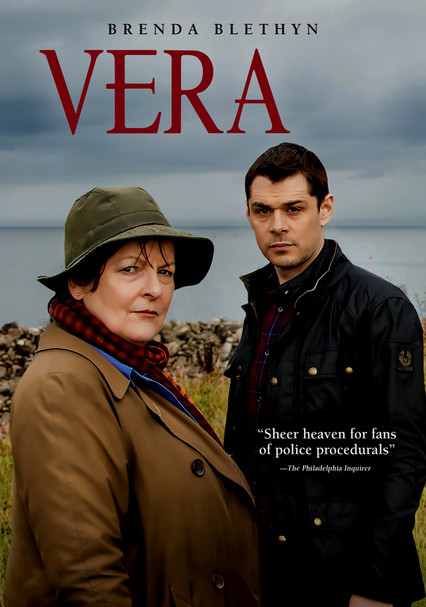 2011 NR 10 seasons
Based on Ann Cleeves's Vera Stanhope novels, this detective series focuses on the tireless Detective Chief Inspector Stanhope -- played by Brenda Blethyn -- as she solves a series of baffling homicides in scenic Northumberland County.

The indomitable Vera and her trusted team unravel more complex cases, exploring stories of corporate corruption, organized crime and deeply buried personal guilt. An entrepreneur's murder delivers no shortage of suspects, and the discovery of a teenager's body floating near a salmon farm reveals a tangled web of deceit between two families. The murder of a cleaner whose death occurred several hours after the killer blow landed sends Vera on an intriguing trail, and it soon becomes clear that not all is as it seems when a wealthy betting shop tycoon is killed during a home invasion.