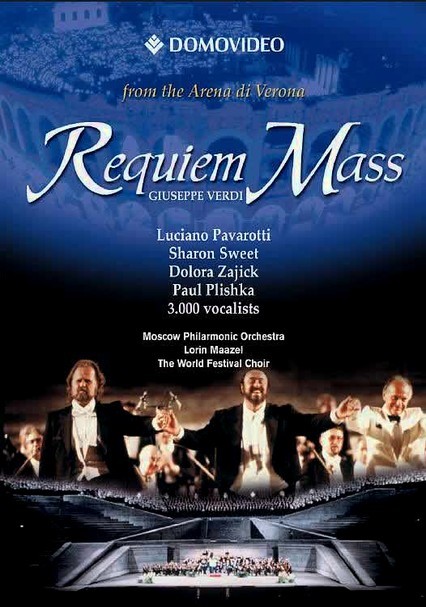 1990 NR 1h 36m DVD
Renowned tenor Luciano Pavarotti shares the stage with soprano Sharon Sweet, mezzo-soprano Dolora Zajick, bass Paul Plishka and 3,000 vocalists with The World Festival Choir in this gala performance of Giuseppe Verdi's "Requiem Mass." Filmed live at the Arena di Verona in 1990 in front of an audience that included Princess Diana, the concert commemorates the 45th anniversary of the bombing of Hiroshima.