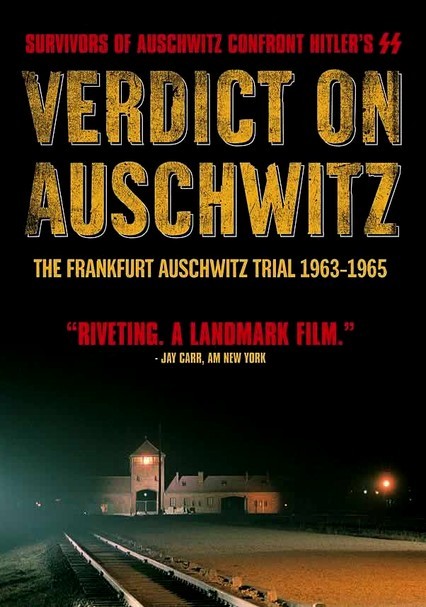 1993 NR 3h 0m DVD
Twenty-two former members of Hitler's SS, many of whom had carved out comfortable lives for themselves in postwar West Germany, stood trial in 1963 before 360 witnesses who accused them of murdering millions. This riveting, heartbreaking documentary re-creates the momentous Frankfurt trial. Filmmakers Rolf Bickel and Dietrich Wagner build the film around taped testimony from more than 200 Auschwitz survivors.