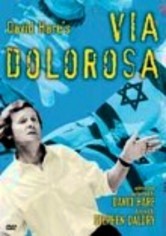 2000 NR 1h 30m DVD
In this compelling one-man Broadway production directed for the stage by Stephen Daldry (The Hours), acclaimed screenwriter-playwright David Hare recounts his eye-opening journey to Israel and Palestine. Sharing the intimate conversations he had with the Jews and Arabs of the war-torn region, Hare paints an unconventional portrait of the bitter conflict that has haunted the Middle East for decades.