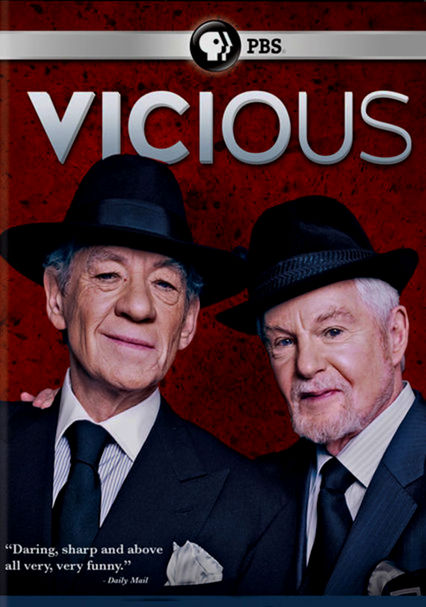 Vicious tells the story of partners Freddie (Sir Ian McKellen) and Stuart (Sir Derek Jacobi), two men who have lived together in a small central London flat for nearly 50 years. Constantly picking each other apart and holding onto petty slights for decades, we can still see underneath all their vicious codependent fighting they have a deep love for each other.

Season 2 of Vicious continues to follow the loving yet brutally barbed relationship between Freddie Thornhill and Stuart Bixby. Together for 50 years, Freddie and Stuart still live in the same flat and are surrounded by their long-term friends. As our characters return, so does their deadly, cutting humour.

Parents need to know that Vicious centers on an aging gay couple living in London who, although they model a stable relationship of nearly 50 years, have a snippy, less than exemplary dynamic. The show has some bleeped language, such as "s--t," on rare occasions. There's also some sexual innuendo and social drinking. Characters use Britishisms (including geographic references) that might not play with American audiences.

Some double entendres and innuendo.

A few isolated instances of bleeped swearing (think "s--t"), but language is generally clean, with rare use of words like "bollocks."

There are benefits -- and challenges -- of being a long-term couple.

Social drinking, rarely to any type of excess.