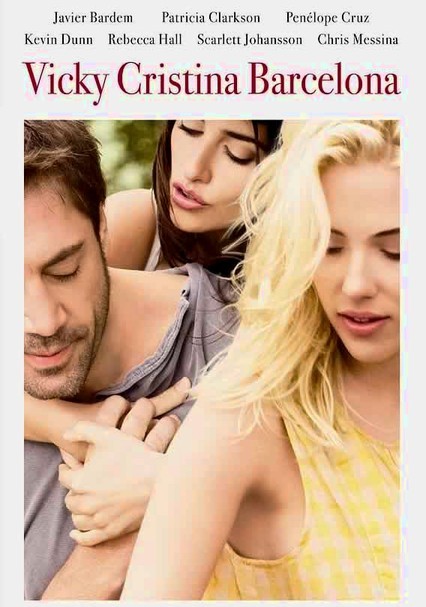 2008 PG-13 1h 37m Blu-ray / DVD
In this Golden Globe-winning yarn, Javier Bardem stars as a flamboyant painter in the midst of a unique relationship with two female tourists -- who are unaware that his insanely jealous ex-wife is about to re-enter the picture.

Parents need to know that although this romantic dramedy has some risque material (infidelity, discussion of threesomes, passionate embraces), overall it's a witty, intelligent take on the complexities of relationships. As per usual with writer/director Woody Allen's work, its subject matter and complicated characters will likely appeal more to grown-ups than the teenage set. There's some social drinking and smoking and a little bit of swearing, and lovers are shown in various stages of courtship and love-making -- but there's no outright nudity.

Couples (men and women, women and women) kiss passionately. Lovers are shown making love, though no genitals are seen; post-sex, they're shown naked from the upper chest up, the rest covered by sheets. Lots of frank talk about sex, including discussions about threesomes. In a few scenes, a man and two women kiss and embrace.

A tempestuous woman fires shots at her ex-lover and hurts someone in the process; they also quarrel loudly, sometimes throwing things around. There's talk of how she tries to kill herself.

An engaged woman cheats on her fiancé and later, after they're married, considers doing it again. Another married woman fantasizes about trysting with other men and is caught kissing someone besides her husband. Lovers lie to each other and play games, though for the most part the lead characters are quite accepting of on another's needs and take great care to examine their lives and compulsions. The main relationships are actually quite loving and giving.

Lots of social drinking. Some smoking.