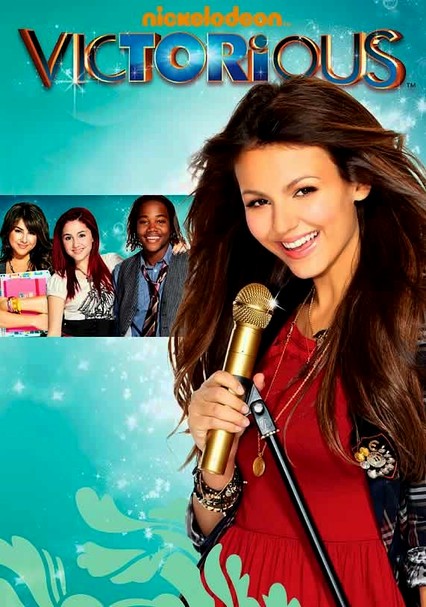 2010 TV-G 3 seasons
When aspiring singer Tori Vega suddenly finds herself the newbie among the eccentric students at Hollywood Arts High, she's got to find a way to fit into this wacky world of divas, drama queens and amazingly talented teens.

The madcap adventures continue at the Hollywood Arts High School as the kids put together their first prom, deal with a difficult new principal who was once a child star, get stuck with their parade float in a dangerous part of town, and more.

Mostly typical teenager Tori Vega (Victoria Justice) has her low-key life thrown into fast-forward when she fills in for her talented (but laid-up) older sister, Trini (Daniella Monet), at their high school's annual performance showcase. Tori's own talent ends up earning her a chance to attend the prestigious Hollywood Arts High School, where she soon finds herself wrapped up in the rivalries and intrigues of her new high-pressure academic life.

The wacky antics at Hollywood Arts High School continue as gifted singer Tori Vega and her pals get themselves into more sticky situations, such as getting roped into performing at a kids' birthday party and becoming stars in a reality TV show.

Parents need to know that this comedy series aimed at tweens -- starring Victoria Justice from Zoey 101 -- actively promotes its partner website called TheSlap.com ¿ a social network that allows viewers to follow blogs from the characters, play games, and post comments. Not only is the site referenced numerous times throughout each episode (characters' postings provide segues between scenes, for example), there are also direct appeals to viewers to visit the site. Parents should be prepared for tweens asking to go online after or during the show. That said, the remaining content is mostly tween-friendly ¿ save for some lengthy kisses between one teen couple ¿ and Tori is a decent role model, contrasting some of her classmates' eccentricities with her self-confidence and adherence to her personal values.

Teen couples kiss in school halls and during class time.

The show celebrates a teen's self-discovery as she steps outside of her comfort zone and finds she has talent she never expected and connections with people she thought were nothing like her. The show gives a mostly sanitized view of teen life, however, and characters are fairly stereotypical (the mean girl, the hunk, and nice guy, the geek, etc.).

The show's companion social networking website TheSlap.com, is heavily promoted throughout each episode. Characters post daily updates that often serve as segues between scenes, and the show ends with a direct appeal from the show's cast to log onto the site and post comments, play games, and learn more about the show. Merchandise related to the show is available.