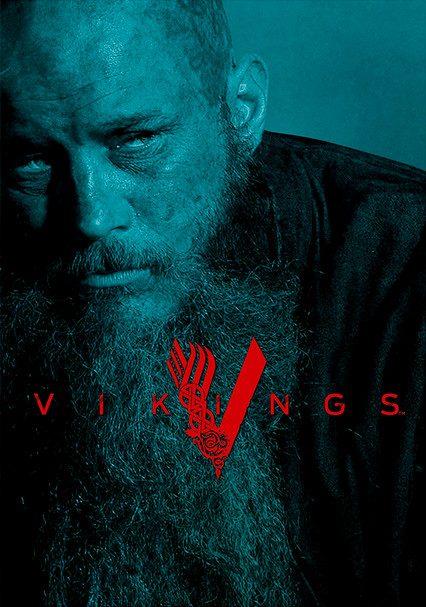 2013 TV-14 8 seasons
Set in medieval Scandinavia, this gritty drama charts the adventures of renowned Viking hero Ragnar Lothbrok as he extends the Norse reach by challenging the rule of an unfit leader who lacks vision.

Introducing the extraordinarily complex and violent world of the Norsemen, HISTORY's® first scripted series races the gripping sagas of historical hero Ragnar Lothbrok. As claimed direct descendent of Odin, god of war and warriors, Lothbrok's mystical nature and devotion to the gods feeds his stealthy maneuvers and determination to become King of the Vikings.

In the show's second season, Nordic warrior hero Ragnar Lothbrok is plunged into a bloody quarrel between the Viking nation's two most powerful men. Later, Princess Aslaug arrives in Kattegat and springs a surprise that puts Ragnar in a quandary.

With his taste for conquest undimmed, Ragnar decides to lead his band of warriors against Paris -- despite the city's imposing fortifications and the fearsome presence of Roman legions.

After his stunning battle in Paris, Ragnar returns to Kattegat near death. News of his fragile condition begins to inspire covert maneuvers among those who would succeed him, including Queen Aslaug and Ragnar's son, Bjorn.

After being vanquished in battle by his brother and then vanishing for six years, Ragnar finds Kattegat vastly changed upon his return. Meanwhile, he has some unfinished business with the duplicitous King Ecbert.

When Ivar the Boneless gains control of the Great Heathen Army and kills his brother, Sigurd, war with Ragnar's sons is inevitable after they take revenge for their father's death. Later, Bjorn again sets out to sea.

Ivar the Boneless' tyrannical reign as king of Kattegat ushers in a new Dark Age for Scandinavia. And while Bjorn and Lagertha flee Ivar's murderous forces with Bishop Heahmund, Duke Rol lo's return brings even more upheaval. Meanwhile, Floki battles the elements-as well as his settlers' lust for revenge-in beautiful, desolate Iceland. Ultimately, the sons of Ragnar and old sworn enemies must become allies to challenge the despot Ivar, who has declared himself a god.

Six months have passed since the battle of Kattegat, and Bjorn has stepped into the role of king but struggles with the responsibilities. Later, messengers arrive with news that leaves Bjorn facing a dilemma.