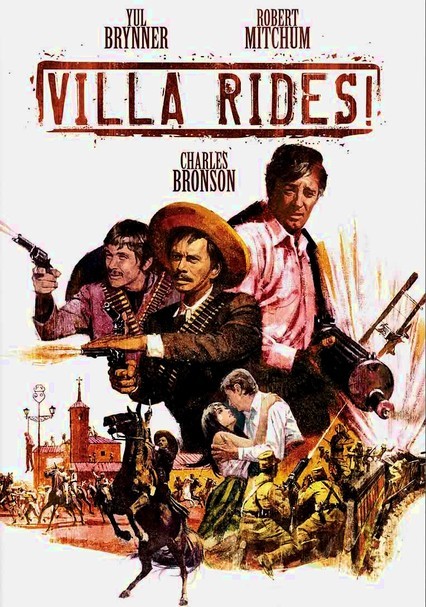 1968 R 2h 2m DVD
After being apprehended for aiding a counter-revolutionary leader, an American pilot (Robert Mitchum) avoids the firing squad by striking a deal with Pancho Villa (Yul Brynner) and his men, agreeing to use his skills to help further their cause. Buzz Kulik directs this sweeping epic based on actual events, which was originally penned by Sam Peckinpah but ultimately scrapped for another script. Charles Bronson also stars.