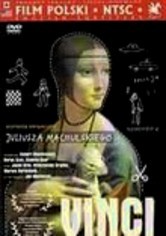 2004 NR 1h 48m DVD
On parole from prison, incorrigible thief Cuma (Robert Wieckiewicz) reunites with his old friend Julian (Borys Szyc), a former criminal associate who's secretly become a police officer. Julian's undercover guise comes in handy when both men are hired to take part in the biggest heist of their lives: stealing Leonardo da Vinci's Lady with Ermine from the Czartoryskich Museum in Krakow. But can Julian persuade his "partner" to take a fake?