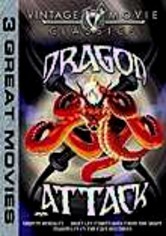 1973 NR 4h 22m DVD
These three vintage kung fu films feature some of the most vicious on-screen fighting. Dragon Lee vs. The Five Brothers follows Dragon Lee as he exhibits his kung fu prowess during a chronicle of a government uprising; in Chinese Hercules, a troubled man finds that his new town is ruled with a corrupt iron fist; and in Bruce Lee Fights Back from the Grave, a martial arts expert must use his kung fu skills against a supernatural opponent.