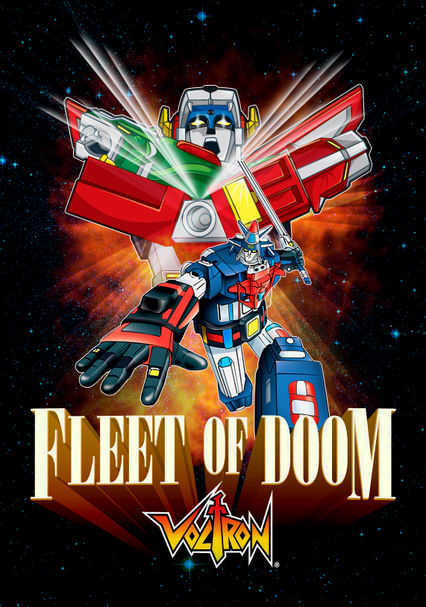 1986 NR 0h 48m DVD
With King Zarkon and Viceroy Throk forming the Fleet of Doom, Keith, Princess Allura, Pidge, Lance and Hunk of Lion Force and commanders Jeff, Krik and Cliff of Vehicle Force unite for a double-powered defense in the ultimate battle to save Earth.

Parents need to know that Voltron: Fleet of Doom is a 1986 animated feature, and as such, has dated animation and sound effects, as well as frequent violence. In one scene, one of the main characters finds himself in a nightmarish realm -- walking through a body of water that looks like blood while trying to escape from various hideous-looking monsters. For those unfamiliar with the Voltron series, the relative complexity of the storyline and the large cast of characters could make this film difficult to follow. Overall, though, the biggest concern is the cartoon violence: characters and space ships do battle with laser rays, causing constant explosions and panic.

Frequent cartoonish violence. Spaceships and characters do battle with laser rays, blowing up ships and buildings. One of the main characters finds himself in a nightmarish world -- walking through bodies of water that look like blood and doing battle with assorted hideous-looking monsters.

This short animated feature shows through example the importance of teamwork in overcoming seemingly insurmountable odds.

This cartoon series was also a collection of toys created and marketed by Mattel.