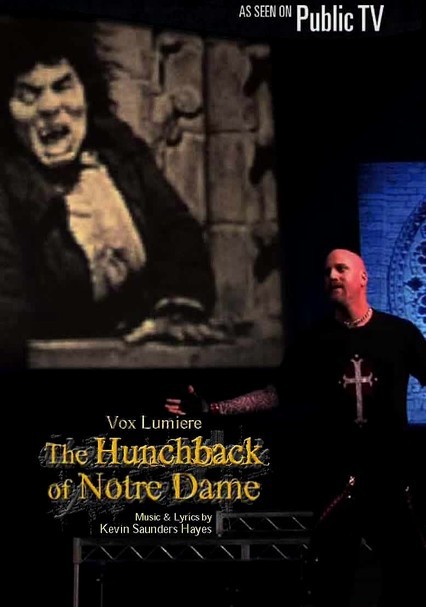 2007 NR 1h 35m DVD
Inspired by the 1923 silent film adaptation of Victor Hugo's classic novel, performance group Vox Lumiere creates this unique stage performance that combines music, modern dance and film to bring new dimensions to the timeless drama. At the heart of the spectacle is Lon Chaney's groundbreaking turn as Quasimodo, which launches an uncanny interaction between the live performers and the haunting moving image.