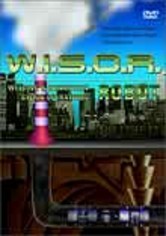 2001 UR 1h 15m DVD
In 1999, scientists at Honeybee Robotics were called upon by Con Edison to create the W.I.S.O.R., or Welding and Inspection Steam Operations Robot, designed to traverse the sizeable structure of steam pipes that lies beneath New York City to pinpoint cracks and weld the pipes back to working order. This informative documentary takes a look at the growth of New York and the purpose of, and subsequent problems created by, the city's steam pipes.