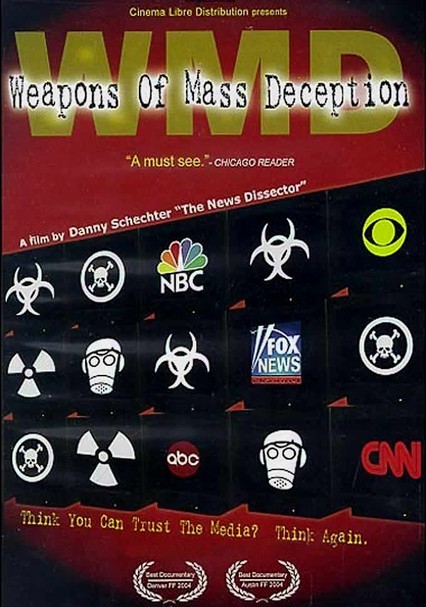 2004 NR 1h 30m DVD
Independent investigative reporter and filmmaker Danny Schechter's documentary focuses on how the media shaped people's views of the Iraq War through their intense coverage from the war's inception through February 2004. Schechter's film examines provocative theories such as the Pentagon's involvement in media messages, how new methods such as satellites and embedded journalists affected media coverage, and the competition between media outlets.