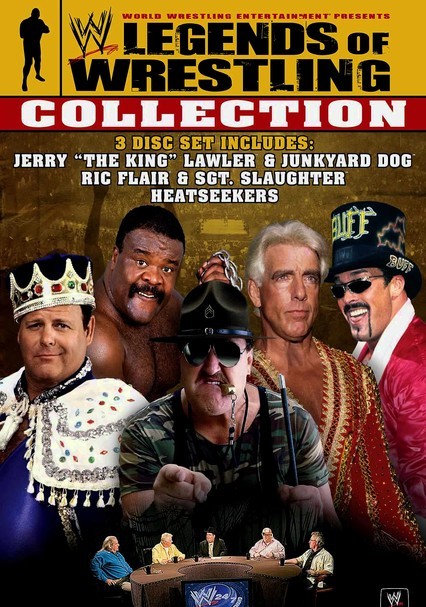 2008 TV-14 2h 57m DVD
Relive some of the greatest moments the WWE has ever staged as panelists Pat Patterson, Michael Hayes, Dusty Rhodes and Mike Graham reflect on the legendary careers of the Junkyard Dog and Jerry "the King" Lawler. Highlights include footage from several memorable bouts, including the Dog's throw down with "King" Harley Race at the 1987 Wrestlemania and Lawler's 1994 "King of the Ring" match vs. "Rowdy" Roddy Piper.