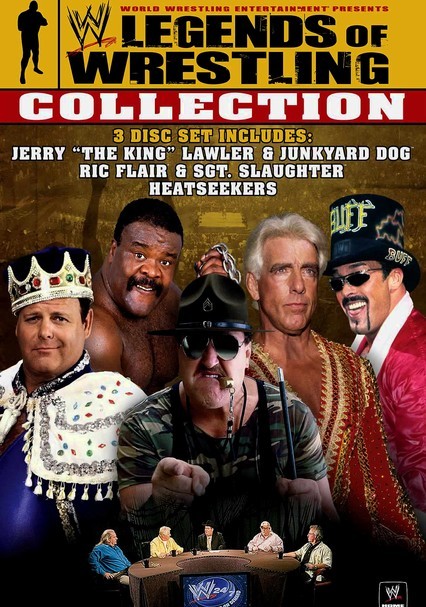 2008 TV-14 2h 56m DVD
With a panel made up of wrestling luminaries such as Pat Patterson, Michael Hayes, Dusty Rhodes and Mike Graham, this program features an entertaining roundtable discussion on the careers of WWE greats Sgt. Slaughter and Ric Flair. Highlights include footage from the 1983 Texas Death Match between Sgt. Slaughter and Bob Backlund, and the Flair's 1988 National Wrestling Alliance Heavyweight Championship match versus Lex Luger.