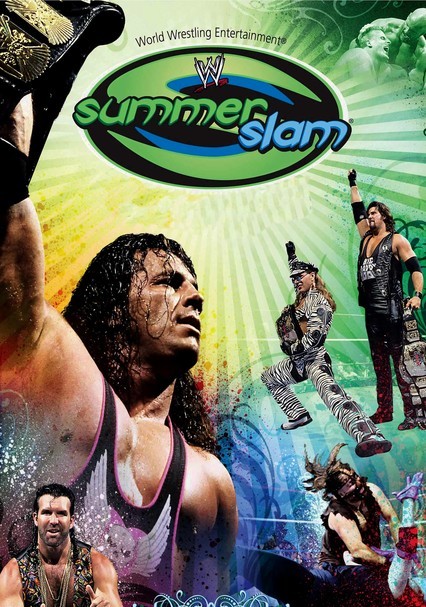 1997 TV-14 2h 48m DVD
Brothers Bret and Owen Hart loom large in the final matches of WWF's 10th annual SummerSlam pay-per-view event in East Rutherford, N.J. In the championship match, Bret takes on the Undertaker in a match guest-refereed by Shawn Michaels. In the WWF Intercontinental Championship, Owen faces off against "Stone Cold" Steve Austin. Other highlights include an eight-man tag team match between Los Boricuas and the Disciples of the Apocalypse.