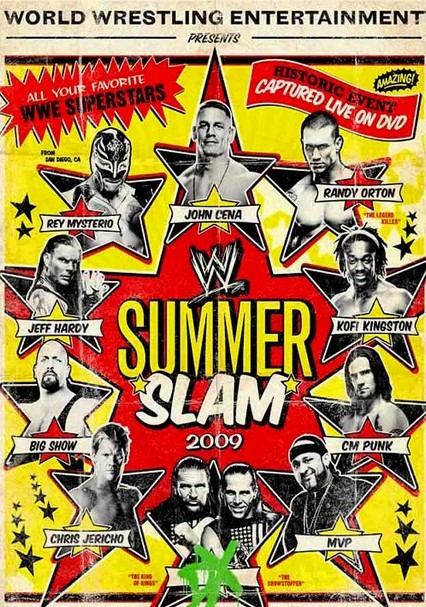 2009 TV-PG 3h 0m DVD
Feel the blood, sweat and tears of pro wrestling's biggest stars as they compete in the 2009 edition of SummerSlam, the hard-hitting World Wrestling Entertainment event that's been thrilling fans for more than two decades. Filmed live at the Staples Center in Los Angeles, the biggest wrestling event of the summer features heels and heroes from WWE's SmackDown, Raw and ECW franchises battling it out to become king of the ring.