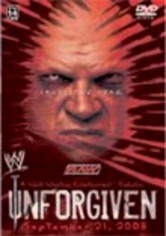 2004 NR 2h 40m DVD
You'll long remember all the grappling action of the championship grudge matches contained on this video -- including the crowning of two new wrestling champs. First, in a rousing ladder match, Chris Jericho attempts to out-scale Christian to snag the Intercontinental Championship. Then, Triple H is out for blood when he faces Randy Orton for the World Heavyweight Championship in the evening's main event.