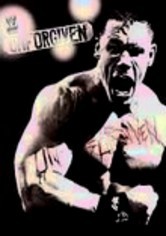 2006 NR 3h 0m DVD
Get a ringside seat for another thrilling installment of this annual wrestling event. John Cena's in a fight for his life as he has to prove to skeptics that he's still a winner in the WWE Championship match against the favorite, Edge. Then, rivals Trish Stratus and Lita battle it out for the WWE Women's Championship. Other fights include Johnny Nitro vs. Jeff Hardy, Kane vs. Umaga, Randy Orton vs. Carlito, Highlanders vs. Spirit Squad and more.