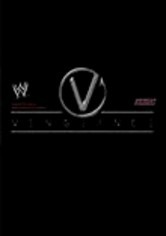 2006 NR 4h 15m DVD
Filmed in 2006 in Charlotte, N.C., this action-packed collection of footage from the annual WWE Vengeance showdown captures all eight unbelievable battles that erupted inside the ring. Highlights include a "2 out of 3 Falls" match between Ric Flair and Mick Foley; an "Extreme Lumberjack" match between John Cena and Sabu; and a WWE Championship match between Rob Van Dam and Edge.