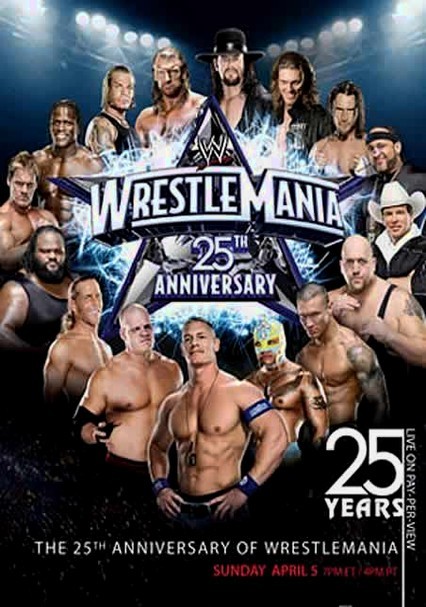 2009 TV-PG 3 discs
Step into the ring with wrestling's biggest superstars, such as the Undertaker, Shawn Michaels, Triple H, Randy Orton, the Big Show, Kane and CM Punk, as they duke it out in front of more than 70,000 pumped-up fans at Houston's Reliant Stadium. This 25th-anniversary edition of WrestleMania also includes a special battle royal match featuring 25 female contenders competing for the title of Miss WrestleMania.