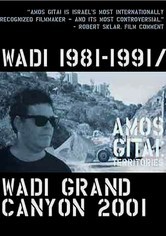 1981 NR 3h 0m DVD
In the valley of the Israeli city of Haifa, the lives of an Arab couple, a Jewish couple and a mixed couple intersect over the course of 20 years in this moving and surprising documentary trilogy. Filmed in 1981, 1991 and 2001 by acclaimed Israeli filmmaker Amos Gitai, the three films capture a fascinating microcosm of Israel-Palestinian affairs and reveal the myriad challenges of maintaining roots within a changing society.