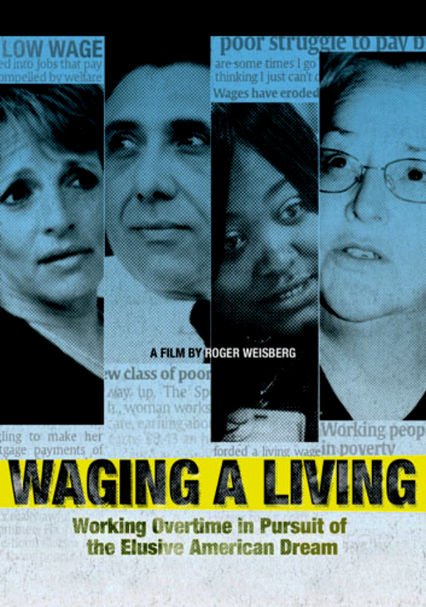 2004 NR 1h 25m DVD
This thought-provoking documentary tests the mantra "get a job" to see whether low-wage jobholders -- otherwise known as the "working poor" -- can pull themselves and their families out of poverty. Filmed in California, New York and New Jersey over a three-year period, the film tracks the ups and downs of four ethnically diverse Americans living below the poverty line as they face a persistent struggle to make ends meet.