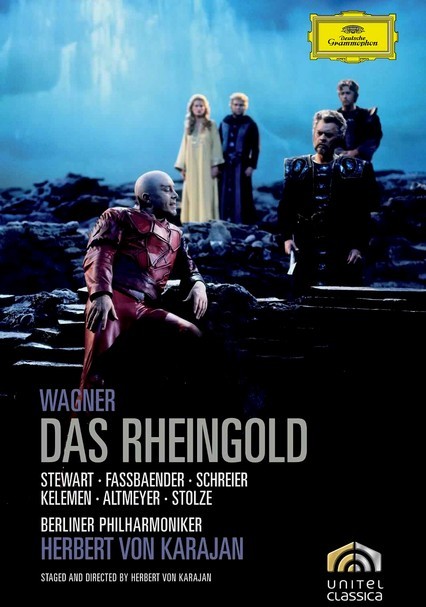 1978 NR 2h 24m DVD
Brigitte Fassbaender, Peter Schreier and Thomas Stewart headline this filmed 1978 production of Wagner's "Das Rheingold," the riveting prologue to the composer's great opera series "Ring des Nibulungen." Based on an acclaimed production from the Salzburg Easter Festival from the 1960s, the show features costume and set design by Georges Wakhevitch and music performed by the Berliner Philharmoniker, under the sure baton of Herbert von Karajan.