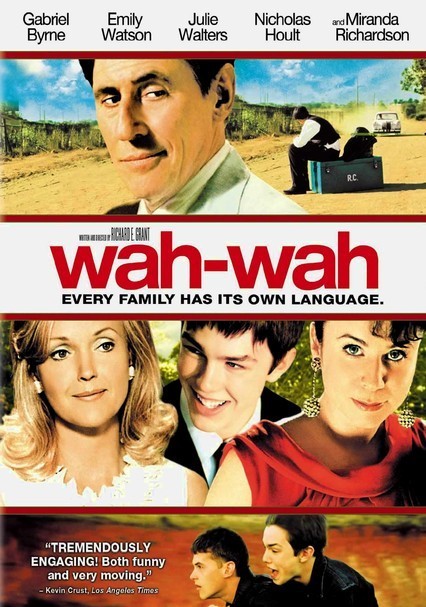 2005 R 2h 0m DVD
In his directing debut, Richard E. Grant dishes up a slice of his Swaziland boyhood. As the sun sets on Britain's colony, young Ralph Compton (played by Zachary Fox and later Nicholas Hoult) catches his mom, Lauren (Miranda Richardson), in a compromising position -- sending his dad, Harry (Gabriel Byrne), crawling into a bottle. The couple divorces and Harry remarries, but just as Ralph warms to his stepmom, Lauren turns up to reclaim her family.